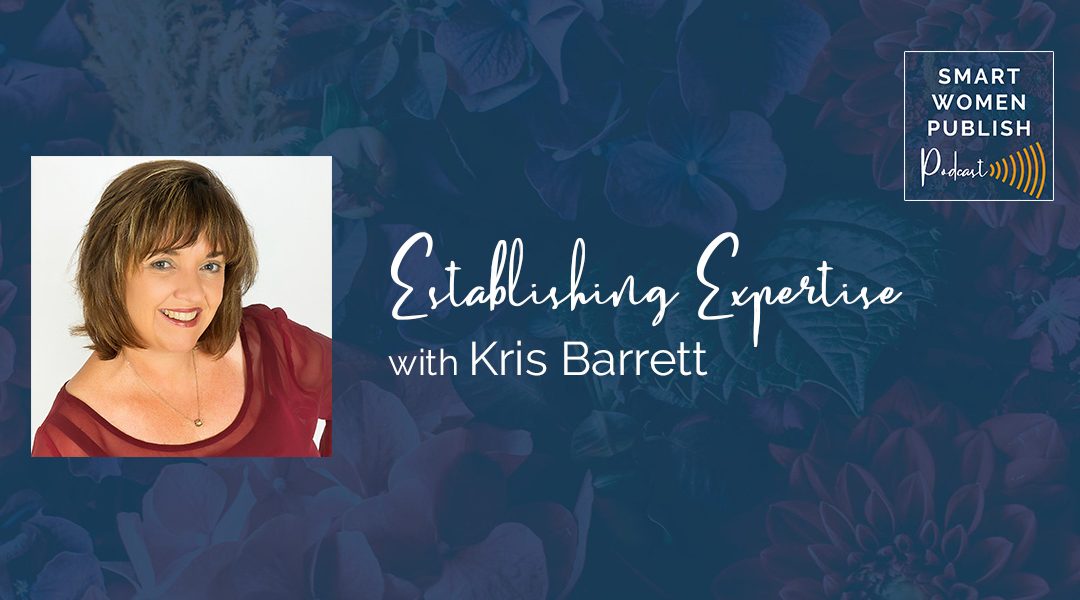 BEV: Kris, can you tell us about a book that has impacted you?

KRIS: Yes. I’m going to be very greedy though and I’m going to mention two if I can, because I’ve had two books that have profoundly impacted me in quite different ways, that led me to the same point. The first one was a book called ‘Unraveling The Mystery of Autism and Pervasive Developmental Disorder’. The author is Karyn Seroussi. I believe it was written in the late 90s, and I stumbled across it in 2004, just not long after my son was diagnosed with autism. And at that time I was desperate and I was just looking for information, I was looking for a path and some guidance, and I just couldn’t find what I was looking for.

It was actually the first book that really gave me hope for my son, and guideline and a pathway to get through the darkness and come out the other side. So I’m very, very grateful that she actually took the time to write down her experiences, and that I came across that.

The second book that impacted me greatly has an interesting story. I remember being in a bookstore in New York, in Barnes and Noble, and I was looking through the autism and health and self-help section. And this book was just there, and in big letters it looked like my name. It was Kristine Barnett, and it was Kristine with a K, but instead of Barrett it was Barnett. And she’d written a book about her son who was on the autism spectrum and then what they did and how they’d got through.

Today I am an Integrative Nutrition Coach and an Essential Oils Coach. And I work with families who have kids living with autism and ADHD, and I help them to change their diets, to use natural remedies like food and plant-based essential oils, to actually improve things like mood and anxiety and sleep and stress and digestion.

I first opened a business importing special foods for kids who had autism, who couldn’t eat the regular things, because we cut out gluten and dairy – the only foods that my son ate. So I had to find replacements. And then I ended up studying holistic nutrition so I could help other families make those same changes and see those same differences. So that’s what I do today. I have the absolute pleasure of working with really motivated families, to take them on this path less travelled. It’s not hokey-pokey, it’s food; it’s essential oils that come from plants, and we can have this profound impact on the whole family’s health and happiness.

BEV: Do you find that there’s still resistance to this path, even in the medical community?

KRIS: Yes, even after all this time. I began this (work) 15 years ago. And it still really saddens me that there is so much resistance. Sometimes it’s almost like you say at a dinner party you shouldn’t talk about religion or politics. Well, you shouldn’t talk about food either because people can become very, very upset. So there is still a lot of resistance around it. And unfortunately, you still have to go out on a limb to find an alternative practitioner. My pediatrician has said to me, “Isn’t it good luck that your son has grown out of his autism?” So there is still a lot of resistance.

BEV: I’m interested, what was your career before kids?

KRIS: It seems like 100 years ago. I did have a career. I lived in Sydney, I’d been to university. I’d landed a corporate job with IBM. I was high heels, nice suits, company cars, lots of travel. I was working in marketing and distribution. It’s just an hilarious course of events really, because my friends who knew me then, say I couldn’t even make a packet cake. So yes, it was 100 years ago in a galaxy far, far away, but I was in corporate and living that life.

KRIS: I didn’t study nutrition in Australia, because I didn’t want to learn the food pyramid, because the food pyramid was not something that was able to heal and help my son. So I studied in America, and then since then I’ve gotten several other qualifications in very specialised dietary protocols, which have come from trainers in the UK and also out of the US. It’s almost like peeling off the layers of the onion: you peel a little bit off and it’s like, “Oh gosh, now I know this much about that, so I need to go a bit further and learn a bit more and a bit more and experiment a bit more.” So yes, I have a few more qualifications in the nutrition side of things then the health coaching side of things. And most recently I have studied is the essential oils side of things.

BEV: You’ve written two books. Tell us about the first one.

KRIS: It is called ‘No Cows Today’. And you have to read the book to find out why it’s called that. It would make no sense if I tell you, but that was my story and our son’s story. I kept a lot of journals during that time, I think that saved my sanity as my whole world was falling apart around me. Then I was telling my story a lot to try to help other people, to let them know there is hope and there is possibility, and don’t just go home with a label and accept that. There’s a lot more you can do.

I just thought, if my story is out there, it might have the same impact on someone else, like that original book by Karyn Seroussi had on me. It might give someone else hope, and it might just let someone else see that even though they’re in the midst of it, there might be another way, and they might be able to come through and be living in a good place.

It was almost cathartic for me just to write it all down and look back through it. It was a really great therapy exercise to immerse myself in that.

And then I wrote another one a few years later, which was not quite so personal, and is almost the how-to. In the second book, which I called ‘High Thrive Me’ there are five steps. And literally you can go and pick up this book for $20, and if you follow those five steps, you will do exactly what I did to get the outcomes that I got.

BEV: Have you found as you’ve been writing the books, particularly the last one, that you’ve had to really put a lot of your ideas into order?

KRIS: Yes, putting a coaching process into a book was really, really challenging. It was a big learning process to do that book, actually, because I had to get the process right, and then find out where my knowledge and other things fitted within a process that made sense. And it was the lowest common denominator so that everyone could go through it.

BEV: Have you found then that you’ve been able to use the foundation of the book for programs?

KRIS: Prior to writing the book, I did have programs. But when I sat down to write the book I literally had to pull everything apart and put it back together. And the book was a much better process, because of the time and the energy that I put into making sure it all made sense.

So then that forms the basis of then ongoing coaching. Sometimes I can offer a program that we literally just pull out of one of the parts from that book, because it’s a five step guide. I’ve now developed other resources that can then be added in. So that’s like, “Okay, if you’ve got the book, you have that knowledge – but now I’ve got extra that I can give to you in coaching programs that will compliment what’s in that section of the book.”

BEV: What about the impact of both books on others?

KRIS: The feedback on the first book, which was our story, was like, “Oh my gosh, it was like you writing my story.” So I love that. I love that. That’s what I wanted it to do. I wanted it to speak to people, and for them to be able to see themselves coming out of the other side.

And then with ‘High Thrive Me’, some people can just take that and literally run with it, and do everything and change their lives. Other people will read it and go, “Okay, I really, really love that and want to do it, I just need a little bit more handholding.”

BEV: Fantastic. So you have found that your book has really raised your visibility in more of an international space. Looking back, what do you feel was the most difficult part of the publishing process?

KRIS: Well, the first book I did on my own, the second one I did with you. Working with you on the second book was literally a breeze, because it was like you handled all that other stuff. Writing it was probably the easiest part of the first book.

BEV: Just to finish up, what advice do you have for other women in business who are starting out in the publishing journey? Any tips that you’d give them?

KRIS: Work with a publishing manager/guide. Don’t try (to do it yourself), keep to your expertise. Like your expertise is bringing our ideas to life. So if you wanted to do a book, I would say make it with your zone of genius, put your stuff into it, get it down on paper and then let the process happen by someone who does that as their zone of genius, to bring it to life for you. But I would say don’t hesitate. Having a book just gives you so much credibility.

Kris Barrett lives in Brisbane, Australia, and is an Integrative Nutrition Coach specialising in working with children with autism. She has written two books which have helped her build a successful business: ‘No Cows Today’ (a mother’s story, a son’s autism recovery) and ‘High Thrive Me! A 5 step guide to helping kids with autism live happier, healthier lives’.